Enchanted Kingdom salutes all women in celebration of Women’s Month. This month of March which is the International Womens Month, Enchanted Kingdom pay tribute to mothers, sisters and friends who have been the epitome of strength and courage of the modern-day woman.  A Day at the Park with Enchanting Women honors women for their significant roles and contribution to the society and the country. 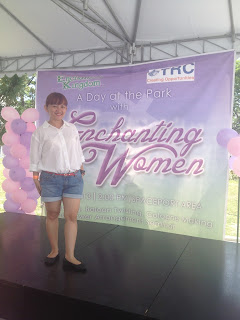 With my kids in tow, I went to experience the magic again. The event is not only for empowered ladies but for the whole family, my kids enjoyed the jewelry/accesories making and the balloon making under the Technology Resource Center (TRC). We even tried to make our own ring and bracelets for us to keep. After the event, of course, my three girls spent the rest of the day with different rides. 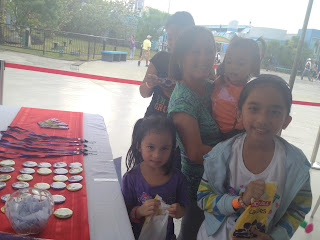 A Day at the Park with Enchanting Women is a fun-filled day of pampering along with educational and livelihood seminars such as bead making, flower arrangement and cologne making seminars with the help of the Department of Science and Technology. The Enchanted Kingdom Circle of Artists also joins the celebration as they feature special performances dedicated to the outstanding women of today. 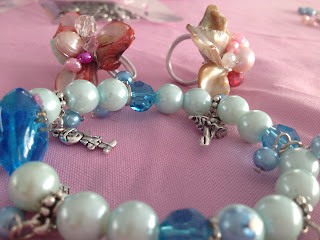 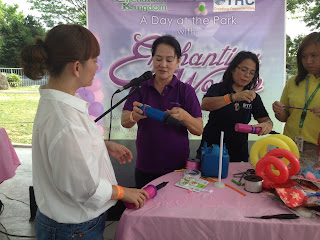 In line with this, EK invited exceptional, empowered and enchanting Woman Today to be part of this spectacular event. A Day at the Park with Enchanting Women will be on March 09 (Saturday) and all saturdays within this International Women's Month of March, all the fun will start at 2pm at the Spaceport Area of Enchanted Kingdom, Sta. Rosa, Laguna. So what are you waiting for, experience the magic and only at Enchanted Kingdom with different seminars and programs for those ladies who are breaking the glass ceiling today.
Posted by Engr. Grace Bondad Nicolas at 6:12 PM No comments:


My second time to attend  Arangkada Philippines and this time with the attendance of the Ambassador of the United States of America which is not a surprise because of the presence of big international investors like FedEx, Nestle, American, Korean, Japanese, European, Australian Chambers of Commerce and all kinds of industries in the Philippines and abroad. Congressman Erin Tanada, Former Finance Secretary Bobby De Ocampo, Congressman Sonny Belmonte and Former President Fidel Ramos graced this historical event. Last year, Philippine President Benigno "Noynoy" Aquino attended the event and answered different inquiries from the audience. According to Arangkada organizers which means to accelerate in english,  "A Business Perspective has a strategic purpose - to provide recommendations that lead to millions of new jobs for Filipinos and higher economic growth for the country. The study includes hundreds of recommendations for action by both public and private sectors in a great number of areas. Together they add up to an agenda for change to help policy makers and business leaders to enable the national economy to compete in a world increasingly interlinked and competitive. In this world, keeping up is an imperative, not a choice. For too many years and in too many sectors of its economy the Philippines has lagged, losing competitiveness despite the nation's immense potential." 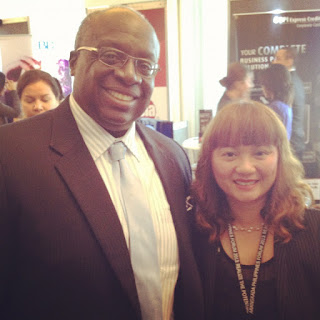 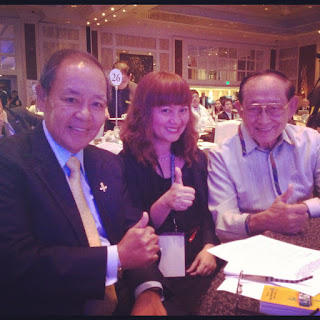 This year, Department of Tourism Secretary Ramon Jimenez mentioned that the Philippines is expecting 10 million visitors within 2016 and that we need to be ready with our infrastructures. " We are now at 90 percent done of agreements for air seats. we need air aggreements to ensure connectivity." Jimenez also told us that the government has a plan to add more airports to be ready with the international flights in the future because of the booming tourism we have right now.

Department of Trade and Industry Secretary Gregory Domingo is very optimistic in his speech at the forum, he mentioned that exports has a good chance this year, Philippines is already the fourth biggest shipbuilding hub next to China, Korea and Japan and that investors are coming in. Secretary Domingo asked  to the foreign business groups to support the government in its initiative to promote economic growth and told the foreign businessmen that economic growth rests on the partnership of the government and the business community. “The success story will really depend on us. We don’t even have to make a larger effort this year to achieve big economic growth. My appeal to you is not to be negative, not to block it. Just let it happen,” he said.

According to it's website, "Arangkada Philippines is a comprehensive advocacy paper intended to share recommendations leading to the creation of $75 billion in new foreign investment, 10 million jobs and over one trillion pesos in revenue for the Philippine economy within this decade. In an increasingly interlinked and competitive world, accelerating growth is an imperative, not a choice. The Joint Foreign Chambers of Commerce in the Philippines (JFC) estimates that, to achieve these results, the country must focus on more rapid development of the Seven Big Winner Sectors and move twice as fast!"