The Magic at Laguna only at Enchanted Kingdom

When Enchanted Kingdom first opened it's magical gates to public, I am with my then Boyfriend Troy. I am like a kid wandering around in this 5 hectares world class theme park facility at santa Rosa, Laguna with my love one in tow. We were both wearing a Guess Brand Jacket, oh yes, I can still recall, I'm like in heaven and I am happy. After 17 years, Troy and I with our 3 kids in tow went back again and this time, our three children big wide eyes are twinklings with awe and excitement for every turn of the rides they are having. It's not the first time they are here, but over and over again, it's like always their first time. 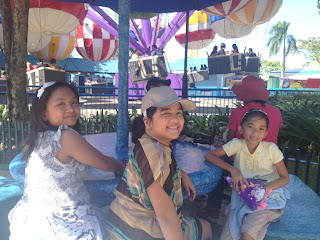 My children enjoying the view at Enchanted Kingdom


Easter day on March 31, 2013 and Enchanted Kingsom once again invited me and my family to experience once again the only magic we have at Laguna. Several egg hunting activities were prepared with the coordination of KIA, Technology Resource Center (TRC) and the communication group of Enchanted Kingdom at 11:00 in the morning till 5:00 in the afternoon. Chocolates were given to all the kids who participated at these activities and for the winning egg hunting group, they received an Eldar wizard stuff toys and more. 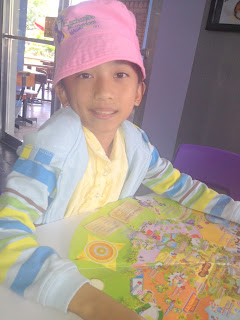 Alexis checking out the EK map


At 6:00 in the evening, I attended the Wedding Anniversary of Mr. Mario and Dra. Cynthia Mamon, the CEO and COO of Enchanted Kingdom, it's also a back to back birthday celebration of Dra. Cynthia with all their friends and business partners in attendance. I am there with two reasons this time, As the representative of Robert Laurel Yupangco and as a media covering the event. Anyhow, whatever the reason I am there, I felt the love of this two beautiful people to each other. Santa Rosa Mayor Arlene Arcillias Nazareno attended the celebration with the amazing dance presentation from EK's Head of Communication, PR and International Dance Champion Ana Marie Periquet who also the emcee that night, really amazing lady I supposed wearing different hats in one night. 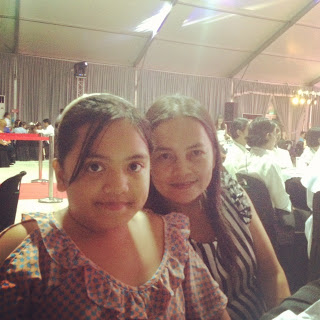 
Overall, my kids enjoyed the fireworks at 9:00 in the evening, Ana Marie said it's prepared just for that lovely event. Me and my kids enjoyed once again and for all my coverage, mostly I am doing it for the family and having my family with me enjoying the things I love to do also is the best part in my life. Truly, the magic is here.
Posted by Engr. Grace Bondad Nicolas at 8:40 AM 1 comment:

The Philippine Under-19 football  "Teen Azkals" hopefuls spent a week-long training camp at Evia City Football field at Daang Hari, Las Pinas City and that will end on April 6, 2013 which also serves as part of the tryouts for the upcoming competition internationally. 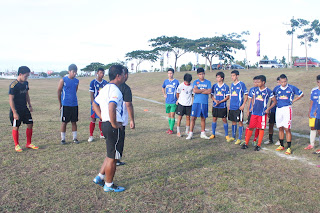 Team Manager Alvin Carranza made sure that everything is organize and according to plan to choose the best from the rest,  a 28-man pool, which began with the scouting of potentials with the help of the Teams Coach Marlon Maro, Philippine Football Association Ramon Manuel and Assistant Coach Glenn Ramos. 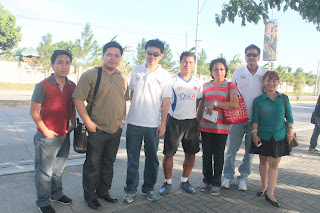 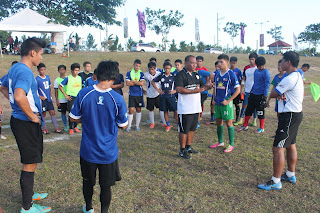 Players came from different parts of the world like Italy, Australia among others. "This camp is an opportunity for local and overseas players to showcase their skills so they can play for the Teen Azkals." Maro said.  In terms of selection, Coach Maro stated that everything is fair even players came from abroad or local, it's about the skills of each player.  When asked to give just 5 standout hopefuls, he just smiled and declined to answer for now since the camp is not yet finish. 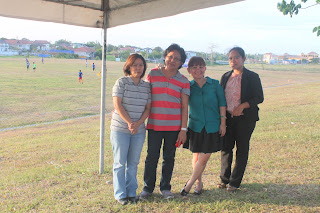