Manila, Philippines --- The recent debate over Dan Brown’s novel Inferno and its reference to Manila as the ‘the gates to hell’, that has put the city in an unexpected spotlight,it has proved to be more favourable for the country than negative according to global company Bodog Nation, which recently made Manila its global HQ. 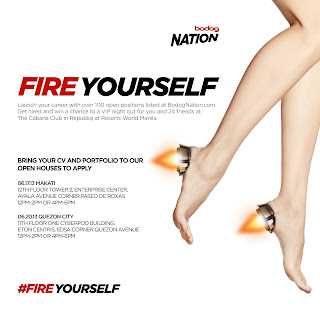 Recruitment Director Jade Forlani explains, “Dan Brown’s fiction writing style has earned him many fans and critics alike. His tales are fun, fast and furious but they are certainly not to be taken seriously as Manila proves to be a Super City in a country that has earned 7.9% GDP growth early this year, the highest economic growth in Asia. It is an exciting pace for the country and we could not be more privileged to be expanding Bodog Nation in this fantastic city.” 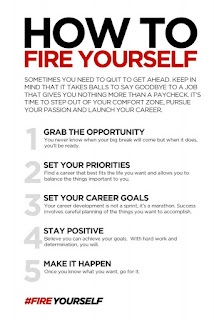 The Philippines is fast becoming economic mover in Asia, attracting the interest of global companies everywhere the same way it has appealed to Bodog Nation. It has over 800 employees working in Manila, and has the need to hire over a 100 in the short term to cope with their growth in the region.
“Talent is vital to any company but in the Philippines the work ethic and application is as good as anywhere I have seen. As a result, getting the right people is very competitive. This is why we’ve taken the unique step of throwing our doors open to potential employees by having two ‘Open House’ events on June 17 and June 20 in our Makati and Quezon City offices to allow local people a chance to meet us and bring their resume’s with them,” adds Forlani.

###
About Bodog Nation: BodogNation is the heartbeat of the Bodog brand because it represents its own people. The Bodog Nation is currently just over 1,000 strong stretched across the globe but with its roots and headquarters firmly based in Manila.
The Bodog Nation was originally created to look after its employees and recruit regionally and those core values remain fundamental with over 100 open positions available in both Quezon City and Makati. But as the brand has grown in Asia so has the Bodog Nation and as such now wants to ‘give back’ to the city it calls home.


In the last year, the Bodog Nation has not just donated but also undertaken a number of charitable campaigns with Department of Education, Philippine Red Cross and Haribon Foundation. The largest part of the brand is Bodog Asia, which is also based and licensed in the Philippines - under the terms of that license Bodog Asia does not offer commercial services to Philippine customers – and so it wants to make sure it showcases the fast-rising city regionally, nationally and internationally.
Posted by Engr. Grace Bondad Nicolas at 10:05 AM No comments:

Bodog Nation and the jobs for the Filipino people

On June 17, 2013 at The Enterprise Tower Makati and June 20, 2013 at Eton Centris at Quezon City between 12 noon to 7:00 pm, Bodog Nation, a multi national company will have its recruitment open house and inviting those smart, empowered and exceptional applicants to join and be ready to have fun while working at Bodog Nation, where employees would experience and enjoy working at a state of the art office, multi cultural environment and to become a globally competitive individual. 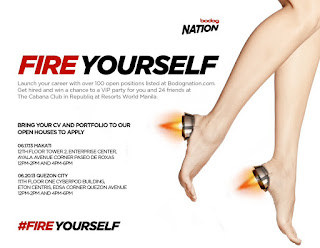 Just this May 27, 2013, Bodog Nation launches it's Social Media Campaign to prove the strength of the 33% Filipinos online with it's #fireyourself Twitter hashtag to show to the readers that the choice to be at this multinational and competitive company is worthy for the benefits, trainings and experience and that changing job to Bodog Nation is the right thing to do.
Bodog Nation is the recruitment side of an online gaming company founded by Calvin Ayre, a multimillionaire who was also at the cover of Forbes magazine in 2006. A bachelor and genius for making this company successful.

Bodog Nation is here at the Philippines now with four offices; The Enterprise Tower, RCBC Plaza, Eton Centris and PBCom. With already 19 years in the industry and with offices abroad; London, Malaga and Seoul. To give awareness to our target applicants and for the Filipino people to understand Bodog Nation support in the Philippine economy, we had our Social Media campaign kick off last May 27, 2013 with our celebrity partner Tim Yap to introduce Bodog Nation and to tell the world that at this company - employees are VIPs and always come first.

Philippines which is composed of 7,100 beautiful islands, with the city of Manila as its capital is now the headquarters of Bodog Nation. The company believes at the talent of the Filipino people, who are known worldwide for creativity, integrity and professionalism. Bodog Nation is looking to fill positions at the following departments; Administration, Creatives, Marketing, Business Intelligence, Human Resources, Business Operations and Finance.