Investors In People: How to achieve success in a workplace & in life by Annie Bahwani

I'm thankful with our friend Richard Mamuach for inviting me to this wonderful event. I
love to learn & empower myself more and the speakers surely didn't fail me.

Under the Chairperson of IiP Janet Webster Watson, to become successful, one must do the Planning, Doing & Reviewing which as for me it's like being prepared all the time, walk the talk then learn from it.

The best talk I would say came from Filipinos; CEO & President of St. Luke's Hospital Dr. Edgardo Cortez & Patricia Whyte of Q2 HR Solutions, Inc. According to Dr. Cortez,"Courage, Focus & Dedication" are the three things that team members under his leadership are what empowered the team. From him, the culture is not an event but a process & if the culture of the company is great, people are great too. I would like to agree with him, people are the ones giving the company reputation & stability. At that moment, can't help but to compare the different companies Ive been because of culture & I would say, Dr. Cortez is right.

Under Patricia White. I love her story about Q2 HR Solutions, Inc. Her company she built with his husband who died and left her with three beautiful children when they are in the middle of success. She mentioned that, success is about hiring the right people. She acknowledge her Chief Operating Officer who was just a newly graduate student when first joined Q2 but with the right training & mentoring, now in the ladder of success. Wow! A good room for improvement at Q2. I would say, honor & be grateful for those people who are with you from then when there's still no stability but still around. I love what she's doing for her management. A filipina married to a foreigner but now a widow & still empowered.

Lastly, my fave speaker is no other than the President of Lyceum of the Philippines Peter Laurel. He discussed the importance of Key Performance Indicators or KPI that could result in continuous improvement of the team members & his school. I'm aware about Lyceum since we have one in Laguna. I must say that schools come and go but this one is like mushroom, a lot of branches around the Philippines. With Mr. Laurel undergrad from London & MBA under Asian Institute of Management, he must be doing well.

Some things I learned & just confirmed that I am in the right track;
1. Be Grateful
2. Have Passion
3. Corporate is Beting profitability. Get people with purpose not because of salary.
4. There must be clarity in direction.
5. Innovate
6. Collaboration is the key
7. A person must have tenacity, perseverance & courage.
8. Be professional- As for me for Dios por santo, stop laughing out loud specially if you are in the same room with your country manager.
9.  See small things in life

Overall, my time well spent & from the looks of my article, I learned. Cheers!!

Posted by Engr. Grace Bondad Nicolas at 9:16 AM No comments: 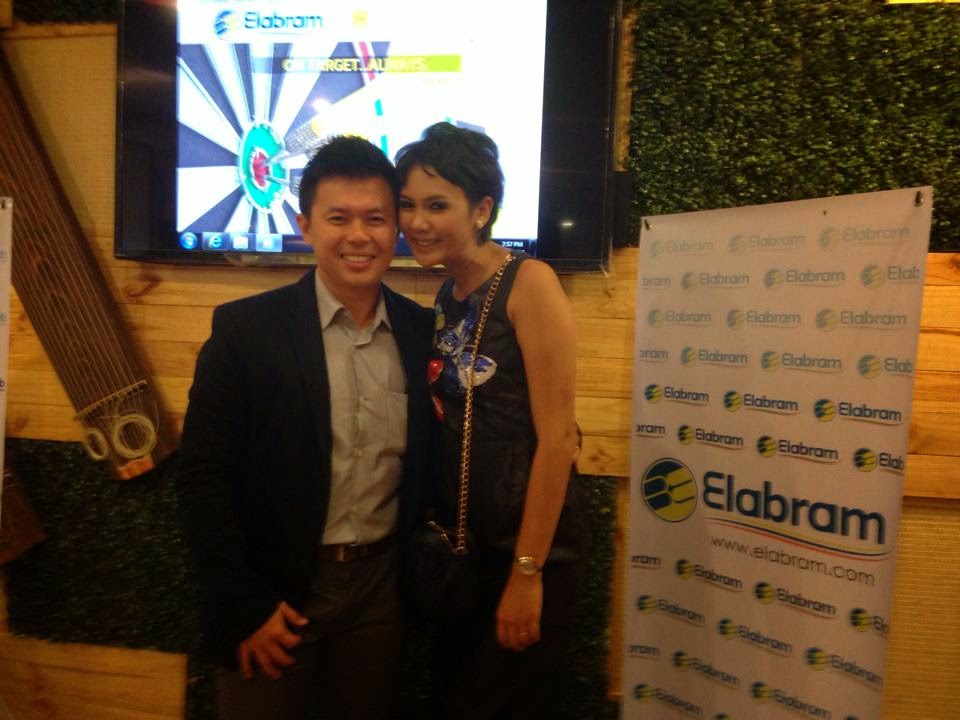 On April 25, 2014 at 7:00pm, Elabram Systems Group (ESG), a reliable service provider with headquarter in Malaysia & offices in Philippines, Thailand & Indonesia launched its new & updated website in Manila and was attended by corporate VIPs and personalities like Ambassador Macario Laurel, Vice President of European Chamber of Commerce Martial Beck, Haciendero and Nuvali honcho Sel Yulo, VP for Head of Network Operations Center for PLDT, SMART & Suncellular Enrique Gabriel and Yupangco Group of Companies President Robert Yupangco among others. Partners of the event with their representatives attended too like Air Asia Philippines, Xyxon Pte Ltd, Victoria Court, Asia Brewery Inc. while Gardenia Bread Philippines sent a lot of delicious breads to all attendees. 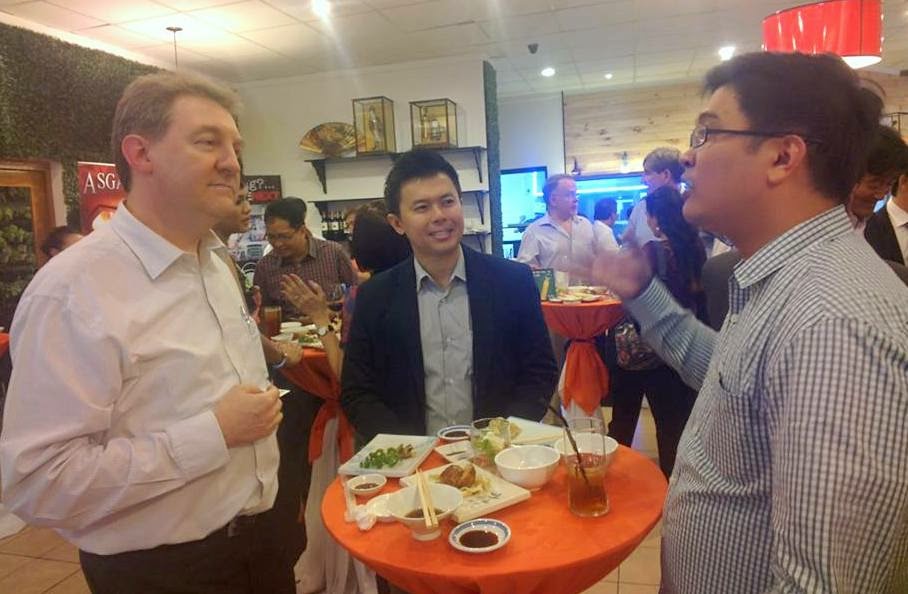 The website launch is one way for the company to introduce the four solutions it's offering not only in the Philippines but globally. The solutions/services are Talent Acquisition & Deployment (TAD), Network Process Optimization (NPO), Knowledge Process Outsourcing (KPO) and Business Process Outsourcing (BPO). 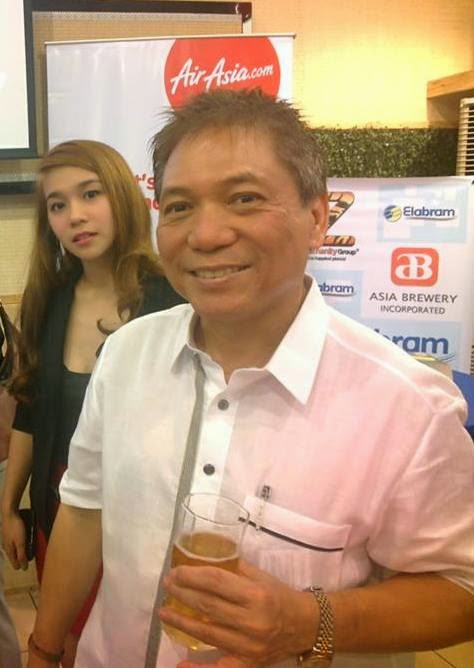 According to ESG Marketing & Branding Manager Engr. Grace Bondad Nicolas, "Elabram Systems Group is the preferred service provider of top Telecommunication companies worldwide. In the Philippines, the ESG CEO chose to expand for its Business Process Outsourcing because he believes that Filipinos are creative & productive." 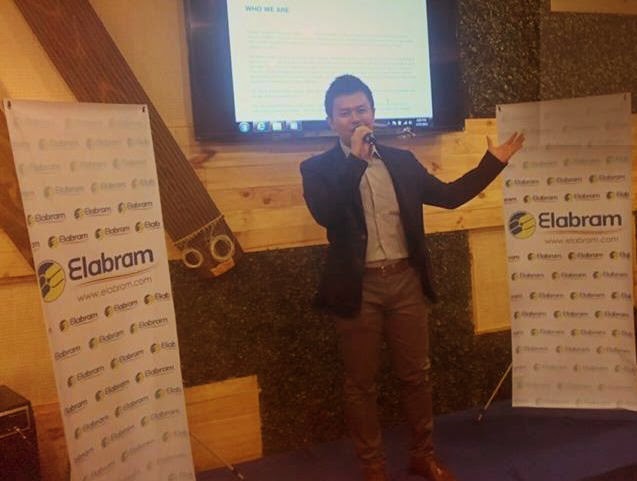 Just recently, top employees of Elabram Systems Group in the Philippines was hailed by Huawei & Ericsson for the job well done in their projects. Nicolas said.

Elabram Systems Group is already 15 years in a Telecommunication industry & five years in the Philippines. As of the moment, the company is hiring 300 employees for its global partner that is base in the Philippines & have an ongoing recruitment campaign in Social Media using #FuelUpYourCareer as the campaign slogan. 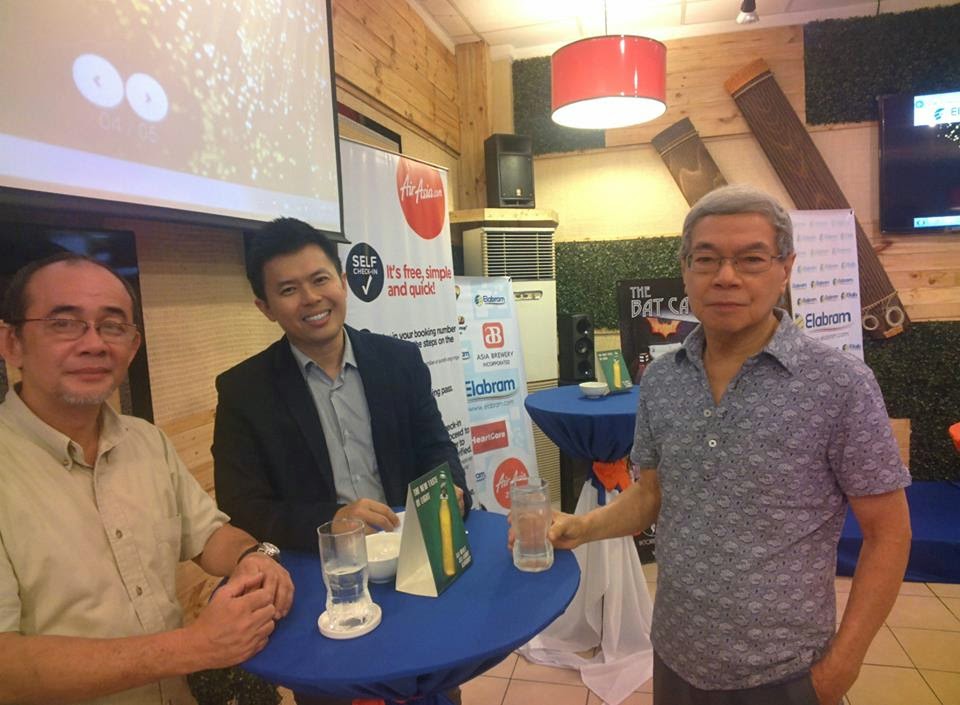 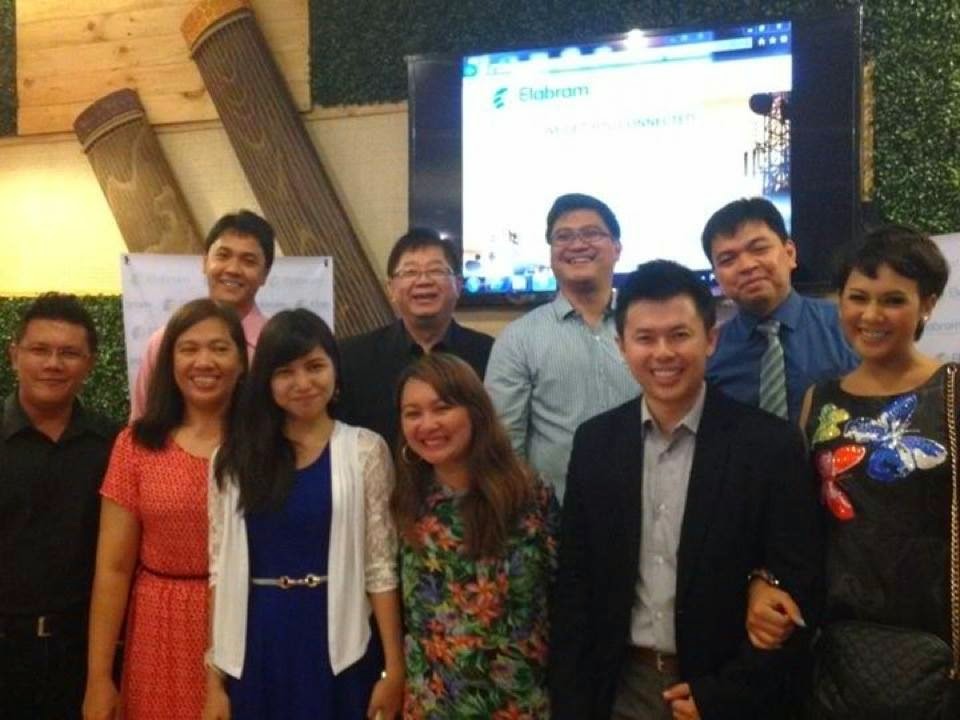 On 6 May 2014, the Commission will resume the Continuing System of Registration, preparatory to the National and Local Elections of 2016. Apart from rising to the challenge of processing close to three million new voters, the Commission must also ensure that more than 9 million registered voters are informed that they need to submit themselves for biometric capture lest they be disenfranchised in 2016. However, beyond merely delivering information, the Commission must also take steps to mobilize these vulnerable voters, i.e., actually get them to the registration centers where their biometric information can be captured.

And the Commission only has 17 months to do it.

For this reason, it is essential that a public event be staged that will:

a)      Effectively capture the imagination of the population such that the information regarding registration and validation is more widely disseminated;
b)      Inspire citizens – both unregistered and registered voters alike – to see to their civic responsibilities within the 17-month registration period; and
c)       Encourage other organizations and institutions to band together with the COMELEC in the campaign to ensure clean, flying voter-free, elections in 2016.

In brief, WALKAH WALKAH is an undertaking to traverse the length of the island of Luzon, on foot. Along the way, the Walking Team (which I will be heading), will go through towns, municipalities, and cities – crossing Regions, in fact – and conduct community engagements that will educate citizens about their right to vote, as well as deliver critical information necessary for them to register and submit for biometrics capture.

There will be three major activities:

STEP-OFF
A major public event, to be held at the City of Laoag, both to signal the start of the 2014-2015 Voter Registration / Validation period and to formally launch WALKAH WALKAH.
The Step-Off event, which will be graced by Chairman Sixto Brillantes, will have the following main features:

1)      BIOMETRICS CLINIC – wherein local COMELEC officials conduct brief lectures on the following matters:
a)      How Biometrics are Used to Ensure Clean and Honest Elections;
b)      How Biometrics are Captured / How Biometrics are processed by the Automated Fingerprint Identification System
2)      FORMAL OPENING OF THE 2014-2015 VOTER REGISTRATION/VALIDATION PERiOD – wherein the Chairman delivers an inspirational message and formally declares the start of voter registration/validation;
3)      FIRST REGISTRANT / FIRST VALIDATION – wherein local COMELEC officials demonstrate the process of registration and validation for members of the media;
4)      WALKAH WALKAH WEBSITE LAUNCH
5)      STEP-OFF – wherein the Chairman (and from remote points, the other Commissioners) sends off the Walking Team on the first leg of WW.

AETA REGISTRATION
In Capas, Tarlac, there will be an Aeta Voter Registration/Validation event that will focus on delivering voter education and information to indigenous peoples – one of the vulnerable sectors identified by the Commission on Human Rights.
This event, which will be graced by Commissioner Luie Tito F. Guia, will primarily feature a Biometrics Clinic.
KILOMETER ZERO
The conclusion of the first leg of WALKAH WALKAH, the Kilometer Zero event will take place at the Kilometer Zero Marker in Manila and will spotlight persons with disabilities (PWDs).
This event, tentatively schedule for June 1, 2014, will have the following features:
1)      It will be preceded by a walk by the COMELEC en banc from the Palacio del Gobernador, after the WALKAH WALKAH walking team’s courtesy call;
2)      A brief program where the Chairman will receive tokens from the walking team and declare the first leg of the Project successfully completed;
3)      A biometrics clinic
4)      Registration of PWDs and their assistors.

Apart from these three main events, there will be numerous community engagements along the way:
·         Vigan, Ilocos Sur;
·         Candon, Ilocos Sur;
·         San Fernando, La Union;
·         Urdaneta, Pangasinan;
·         Capas, Tarlac;
·         San Fernando, Pampanga; and
·         Malolos, Bulacan
The walking team – in coordination with local COMELEC authorities – will conduct the following activities:
1)      Salubong – Where a contingent from the community awaits the arrival of the Team beyond the town limits and joins the walk to the town center or the venue of the Community Engagement

2)      Voter Education talk – a 15-minute, interactive lecture where the members of the Team emphasize the importance of validation and registration. Local COMELEC officials will ensure presence of registrants;

Deputization of Community Education Partners – a 5 minute ceremony, conferring on 5-10 youth members of the community the title of “Batang COMELEC,” and tasking them with being community education partners. Each group of Batang COMELEC will be given a ceremonial yellow ballot box, containing voter education materials.

WALKAH WALKAH is a good cause and we are asking for your help to ensure its success.

Come. Walk with us.
Posted by Engr. Grace Bondad Nicolas at 4:52 PM No comments: