The Teen Azkals under 19 years old and from the supervision of Team Manager Alvin Carranza won and as champions to the most prestigious Football Competition in the world which is the Kanga Cup just held at Cranberra, Australia. The Teen Azkals, who played under the Carranz FC banner, finished with a six-game sweep of the boys’ under-18 side, including a 1-0 triumph over Capital FC in the finals. 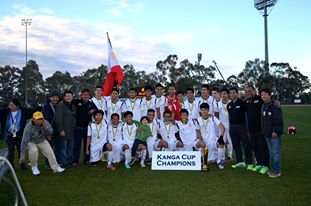 The players are getting ready now to their two major International competitions. For Asean Football Federation (AFF)  on September 7 to 22, 2013 that will be held in Surabaya, Indonesia and under Asian Football Confederation (AFC) on October 2013. Under AFF, here are the countries that will participate for AFF U19 Youth Championship 2013; 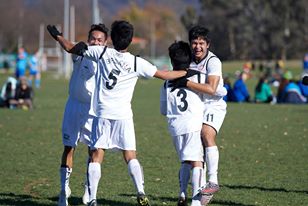 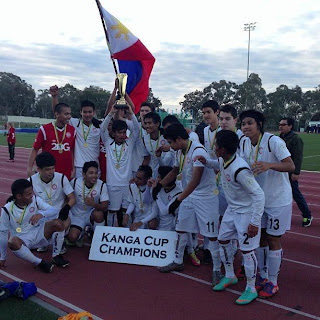 Happy as Champions with the Philippine Flag

"Filipinos are not born lucky and born with height . Our Filipino genes doesn't have the height that most of the sports would require / basketball definitely needs height and also is football - we Filipinos are in the wrong sport / in football we have the chance to muscle up our opponents with speed and skills - Messi is not that tall and build is like a Filipino but with the right development  in grassroots and in youth development we can produce a strong senior team qualified for World Cup . With the support of the President Aquino we will achieve this in Less than 10 years time ." Carranza said. 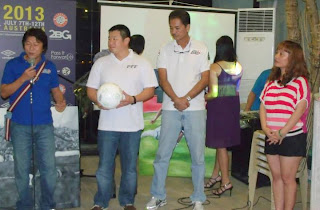 According to Carranza, Teen Azakals also needs the support in terms of sponsorship. Sending U23 to Sea Games is a start and we cannot do this overnight since Philippine Sports Commission (PSC) allocation budget to Philippine Football Federation (PFF) is  small compared to other Asian countries. PFF under President Nonong Araneta will have to allocate the budget from the grassroots to the youth and to the senior teams plus of course the day to day operation expenses and dog running a local football association and local associations. Kids under Teen Azkals are very smart and skilled. Winning at Kanga Cup is a start for these athletes and support is what they need to continue to win. Competitions are not free and we Filipinos need to join the competitions and to have exposure to the international tournaments to give pride to the Philippines.

Posted by Engr. Grace Bondad Nicolas at 10:04 AM